At Open World last year, Oracle announced Oracle Autonomous Data Warehouse Cloud Service, to which it was released in January this year 2018. At the beginning of May, Oracle announced three Platform as a Service database, that will automate and eliminate key tasks for enterprises thanks to built-in algorithms; one of which is Oracle Autonomous Analytics Cloud Service.

Before we even get to “helping organizations innovate in revolutionary new ways”, organizations need to have the basic analytic foundations in place, before any possibility of growing into the modern analytical trend. Any organization with a BI platform will have begun with Descriptive Analytics, whereby companies want to know from their data, what has happened.

After gaining this knowledge companies will want to know why it has happened, moving into Diagnostic Analytics. Companies next questions will be, what could have happened, taking Descriptive and Diagnostics Analytics into account, we create Predictive Analytics.

The final two stages of a company’s Analytical journey; are Prescriptive Analytics, in which organizations will want to know what the right course of action is to be taken, in light of using the previous three analytical insights. And finally, Autonomous Analytics which is the result of machine learning adapting to change. 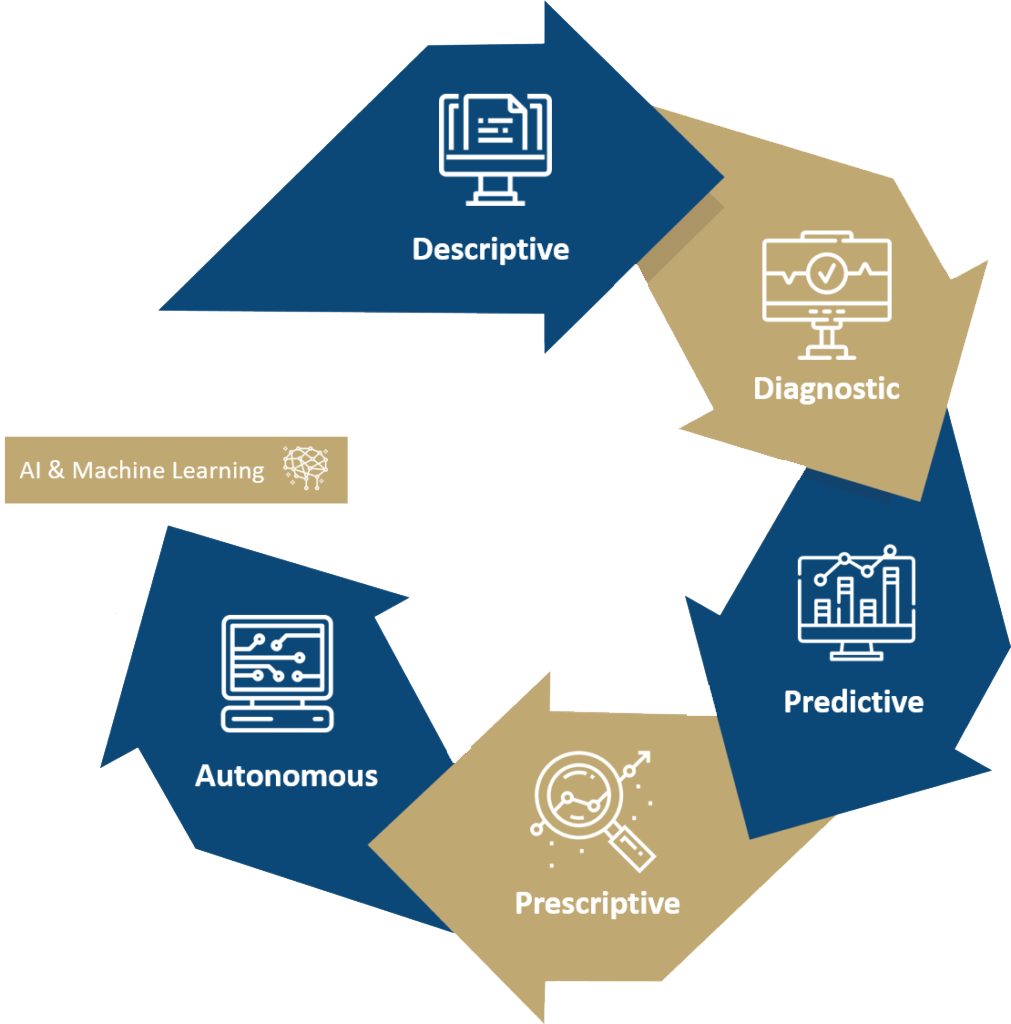 The announcement of Oracle Autonomous Analytic Cloud Service (OAAC) provides organizations with the ability to transform their existing analytical platform, into an adapting, self-service and autonomous provider. With OAAC we can:

Oracle Autonomous Analytics Cloud have acknowledged how the pace of society has shifted and now able to provide a platform that encompasses providing people with rapid insights. The voice recognition functionality allows users to return information on any data set. The underlying algorithms stored in the database, provide users with the ability to discover predictive insights with their data. And as the application returns results instantly, the automation reduces time for the user. The Oracle Autonomous Analytic Cloud Service provides users with an application that users today are expecting to have.